ome years ago I was on 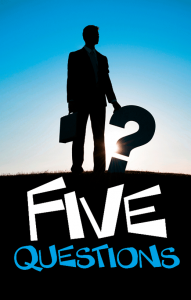 a train leaving Quebec. After taking my seat in a crowded coach, a Roman Catholic priest sat down beside me. It wasn’t long before he noticed a small Bible case which I carried, and he asked me if I were a businessman.

“Wherever the Lord opens a door,” I replied.

“Do you believe there is a heaven?”

“Do you believe there is a hell?”

“Do you believe there is a purgatory?”

“Now,” I said, “you have asked me three questions; I would like to ask you two. My first is this: Is the Roman Catholic Bible the Word of God?”

“Well, my next question is just this: Is purgatory God’s judgment for my sins?”

“Now,” I replied, “the Roman Catholic Bible says in John 5:24, ‘Amen, amen, I say unto you, that he who heareth My word, and believeth Him that sent Me, hath life everlasting; and cometh not into judgment, but is passed from death to life.’ Therefore on your own statement that the Roman Catholic Bible is the Word of God and that purgatory is judgment for my sins, I have the assurance that, whoever you may believe will go to purgatory, I will never go there. This has made me so happy that I am trying to get others happy about it too! You would not blame me for that, would you?”

“Well,” I replied, “that is the very thing I want to do, for according to your own admission, there is no purgatory for the one who believes in the Lord Jesus Christ.”

Continuing our conversation, I remarked that I, like him, had witnessed people dying. I told him of one I had once visited who was about to die and to whom I had quoted Ephesians 1:4, which assures the believer that he is “holy and unspotted in His sight in charity” (Roman Catholic Translation). The dying believer replied, “Isn’t that lovely, and I only have to wait until He takes me home to Himself.”

Then looking at the priest I said, “Wouldn’t you like to die like that?” A lump seemed to come in his throat and he couldn’t answer, but later when he got up to leave, he shook hands with me, remarking as he did so, “I hope I will meet you again.”

“Put your trust in the Word of God,” I replied, “and we will meet with Christ in glory.”

You too can believe the precious Word of God and know by faith that there is no judgment for you. Although we have all sinned and deserve God’s judgment, He in love has found a way of blessing for lost sinners, for our verse says that He sent His Son — sent Him to bear our sins on the cross.

Let us once again quote from the Roman Catholic Bible, Hebrews 9:28: “Christ was offered once to exhaust the sins of many.” Yes, He exhausted all the judgment for all who believe, and now God gives everlasting life as a free gift to all who believe in Him.

I want you to be happy about it too!

Do not forget to read John 5:24 in your own Bible — believe it and rejoice in it!

“Amen, amen, I say unto you, that he who heareth My word, and believeth Him that sent Me, hath life everlasting; and cometh not into judgment, but is passed from death to life” (John 5:24, Roman Catholic Bible).