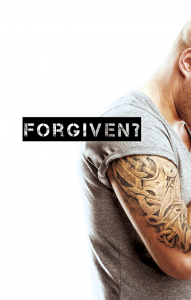 Brownlow North lived for many years as an irresponsible and thoughtless aristocrat. Later in life he and a friend were staying at a hunting lodge in Scotland. Their day’s sport was usually followed by an evening of drinking, and on one of these binges his friend dropped dead.
This tragedy was God’s message to Brownlow North. The awful thought gripped him: If it had been me instead of my friend, I should have been damned.
He began to think seriously about his soul. An earnest Christian lady led him to Christ and into the full light of the gospel. No sooner did he feel himself to be a changed man than he began trying to bring others to Christ.

Forgiveness for You
“The third thing I have to say is that if God, for Jesus Christ’s sake, can forgive the sins of a sinner like Brownlow North, there is not a sinner in this world too great for God to forgive him all his sins.”
Your sins may or may not be as glaring as North’s, but they can be forgiven freely by the same pardoning God, if you come to Him in true repentance. If you die unforgiven, you will experience the blackness of darkness forever. God in mercy wants you for Himself.
“Being justified freely by His grace through the redemption that is in Christ Jesus: whom God hath set forth to be a propitiation [atoning sacrifice] through faith in His blood, to declare … His righteousness: that He might be just, and the Justifier of him which believeth in Jesus”
(Romans 3:24-26).
“The blood of Jesus Christ His Son cleanseth us from all sin”
(1 John 1:7).