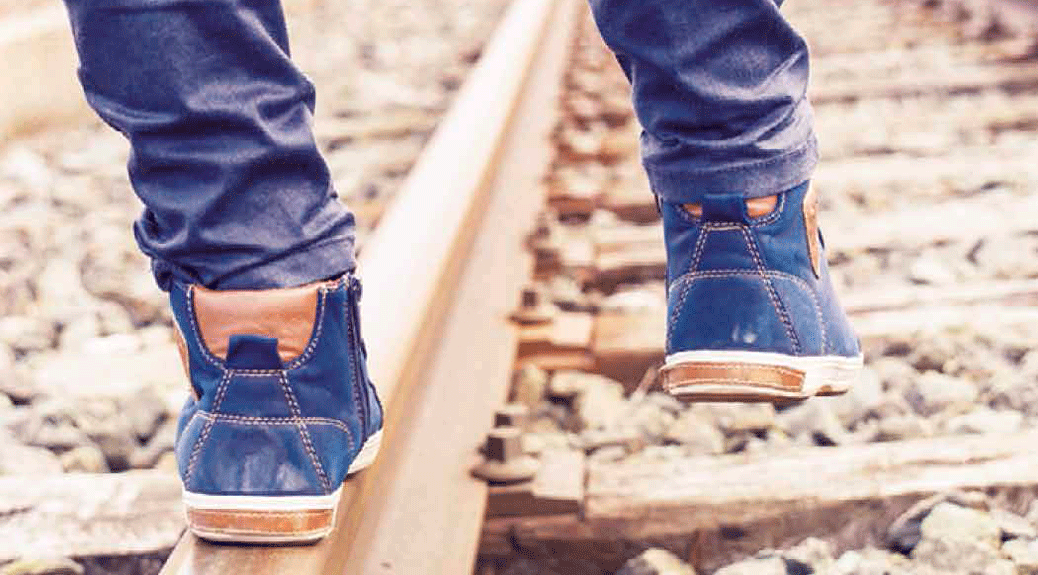 This famous story is often told with certain variations, but the original is exquisite. It stands alone in beauty and depth of meaning. For your convenience I’ll quote it here:

“He said, A certain man had two sons: and the younger of them said to his father, Father, give me the portion of goods that falleth to me. And he divided unto them his living. And not many days after the younger son gathered all together, and took his journey into a far country, and there wasted his substance with riotous living. And when he had spent all, there arose a mighty famine in that land; and he began to be in want. And he went and joined himself to a citizen of that country; and he sent him into his fields to feed swine. And he would fain have filled his belly with the husks that the swine did eat: and no man gave unto him. And when he came to himself, he said, How many hired servants of my father’s have bread enough and to spare, and I perish with hunger! I will arise and go to my father, and will say unto him, Father, I have sinned against heaven, and before thee, and am no more worthy to be called thy son: make me as one of thy hired servants. And he arose, and came to his father. But when he was yet a great way off, his father saw him, and had compassion, and ran, and fell on his neck, and kissed him. And the son said unto him, Father, I have sinned against heaven, and in thy sight, and am no more worthy to be called thy son. But the father said to his servants, Bring forth the best robe, and put it on him; and put a ring on his hand, and shoes on his feet: and bring hither the fatted calf, and kill it; and let us eat, and be merry: for this my son was dead, and is alive again; he was lost, and is found. And they began to be merry” (Luke 14:11-24).

This is called a parable — a story given to illustrate an important point. If the parable has matchless beauty, the fact it represents is even more beautiful!

The boy wandered far from his father and home into a ruined life. He was in a terrible condition in the far country! He didn’t realize, when he got his own way, where that would take him. This part of the parable represents the lost condition of mankind. Some have not gone as far as others into the far country, but all of us were away from God and were trying to please ourselves — “we have turned every one to his own way” (Isaiah 53:6).

After a time the derelict son realized his pitiable plight and resolved to return to his father and to confess his sins — which he did without delay. This is all the father was waiting for, proved by the father’s watching for signs of the returning prodigal and by running to meet him while he was yet “a great way off.” The love of his heart poured out as he embraced his wayward son and covered him with kisses. All this shows us the love of God for sinners; He is eagerly waiting for any to return and say, “I have sinned against heaven and before thee.”

Then notice how the father in the parable did not bring his once-lost son into the house in rags and filth; he made him ready to be in his home before bringing him in. It was not left to the returning prodigal to make himself presentable — the father had him clothed with the best robe, shoes put on his feet, and a ring on his hand. That’s how God’s love works. He will receive each truly repentant sinner who comes to Him, and then God makes that person fully suitable for His own presence. God clothes him with the best robe — Christ — so that the repentant sinner is seen in all Christ’s beauty. God can’t receive a sinner into His presence without his sins being removed. But when someone confesses to God that he has sinned against God, God has salvation, pardon, peace and joy for him through the finished work of the Lord Jesus Christ on Calvary’s cross.

Do you see yourself in this exquisite story? You’re there! You’re either the person who still has your back toward God, or you have returned as a repentant sinner and submitted yourself to His cleansing and righteousness. If you have not returned, remember, God is waiting. Return!