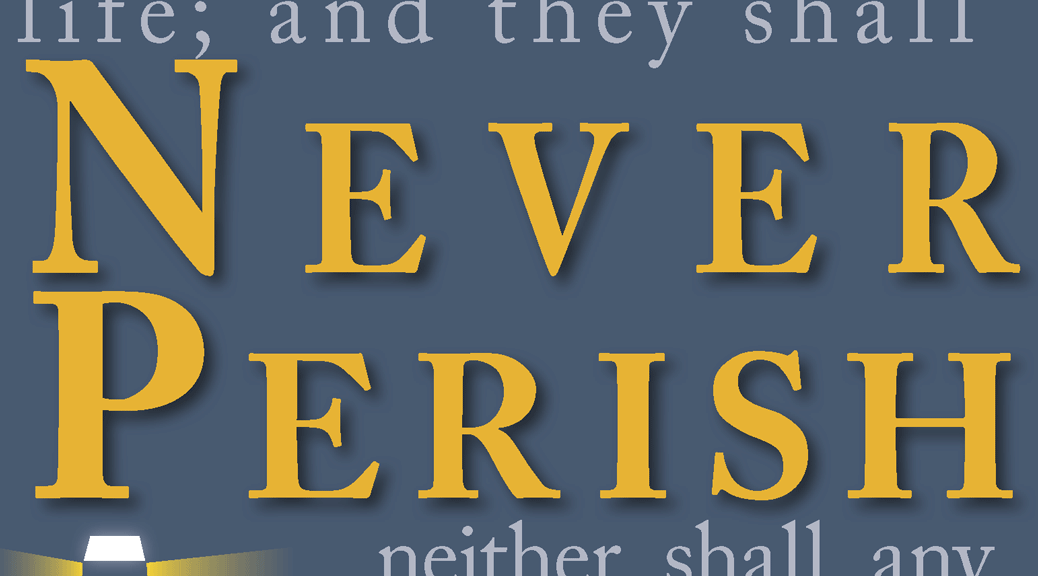 Never Perish
“My sheep… shall never perish” (John 10:27-28). These are the words of Jesus, the Son of God. He is the Good Shepherd who gave His life for the sheep; and now risen, He gives His own eternal life to the sheep. His own pledge is, “They shall never perish.”
No, He does not say, They shall never wander; He does not say, They shall never backslide; He does not say, They shall never stumble, but He does say, “They shall never PERISH.”
“Yes,” you say, “but there are other scriptures which, it seems to me, say that a believer may be finally lost.”
Wait a minute, let’s consider one scripture at a time. Does Christ say of His sheep, “They shall never perish?”
“Yes,” you reply, “but surely that must mean so long as they are faithful.”
But He says, “NEVER.”
Now which is right: your word, that a true believer may be lost after all, or Christ’s word, “They shall never perish?”
If “never perish” means anything, it means one cannot be finally lost. There are no ifs, buts, or conditions of any kind attached, but a bare, unqualified, absolute statement: “They shall NEVER PERISH.” You are bound to admit that at least one text of Scripture assures the true believer of final security. This being so, I have only to add that if there is any other scripture that appears to you to contradict or qualify this text, it must be that you do not understand that other; for, thank God, there is no possibility of misunderstanding such plain words as “never perish.”
My reader, you run no risk in venturing your soul on ONE WORD of the “God that cannot lie” and “cannot deny Himself.” Take this word as your main anchor, and wait on God to make clear any other that troubles you.
Do you think that you could by any possibility sink into hell at last if, as a poor sinner, you had taken Christ at His word and relied on His “NEVER PERISH?” If it could be so—with reverence I say it—all heaven would blush to find the Christ of God unfaithful to His pledge. No, beloved friend, Jesus Christ is “a tried stone, a precious stone, a sure foundation,” and “he that believeth on Him shall not be confounded” (1 Peter 2:6). 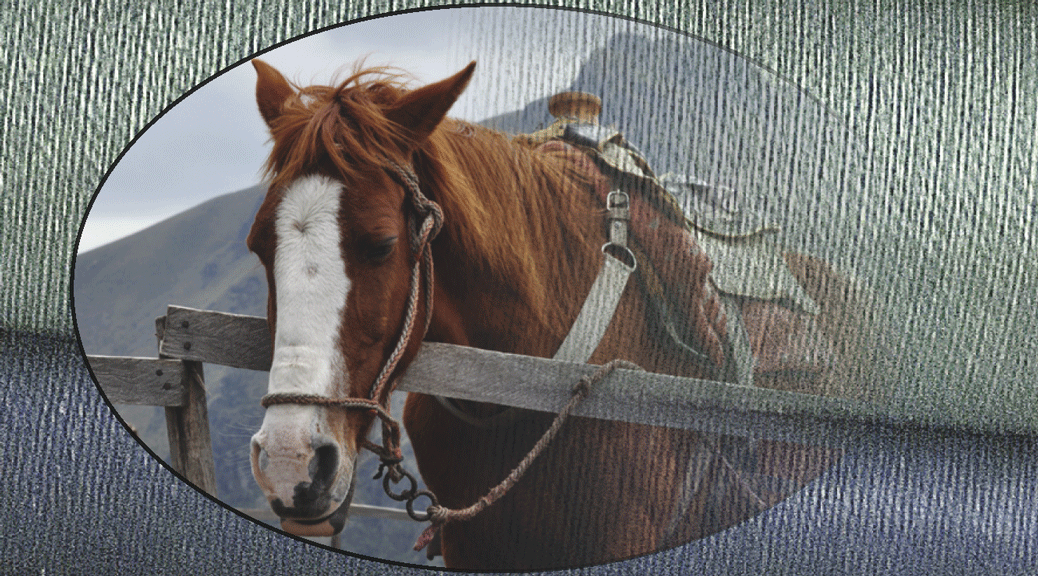 The Book Seller
A Christian bookseller was traveling in South America, his mule laden with the precious Scriptures. Night was beginning to fall when he saw in the distance a company of merchants. They had stopped to camp for the night. The bookseller approached them and asked if he might camp with them. They readily agreed and invited him to share their evening meal by the fire.
As they sat around the cheerful blaze after their simple supper, the Christian took a Bible from his pocket and asked permission to read to them. They gladly agreed, and he read for some time, after which a lively conversation began about the things he had read from the Book of books.
They were on the point of settling down for the night, when the sound of horse’s hoofs was heard in the stillness of the evening. Very soon a well-dressed stranger got down from his horse and asked permission to share their camp also. One of the merchants showed him a place where he might spend the night, and then the newcomer seated himself by the fire.
During the conversation which followed, the stranger spoke with deep emotion of the troubles of life. He, had just lost his wife and was feeling very lonely. Here a remark by our friend the bookseller brought forth the admission that he did not know what salvation was, but he wished he had it. He added, “Is it not strange that a man must make so many sacrifices and do penance for his own salvation and that of his loved ones? Still he has to ask himself all the time whether he has satisfied God.”
“Well,” said one of the merchants, “in this man’s Book it tells of an altogether different way of getting salvation.” He pointed to his friend who still held his Bible in his hands.
“And what book is that?” asked the stranger, greatly interested.
“It is the Word of God,” replied the bookseller. “Although it is getting late, I would like to read you a few passages, if you will permit me.”
The stranger listened intently. He learned, to his great surprise, that it is not with silver, nor with gold, that we are redeemed, but with the precious blood of Christ. He could have the salvation he desired, freely, without money, according to the Scriptures: “Believe on the Lord Jesus Christ, and thou shalt be saved” (Acts 16:31).
The man seemed dumbfounded on hearing such good news. It was so different from all he had ever heard before. He begged the bookseller to sell him the Book from which he had been reading. Then each went to rest, and the next morning separated to go their different ways.
Many months later the bookseller returned to that district. Everybody was talking of a former sea-captain who had bought a piece of property nearby. Every day at a certain hour he gathered his family, his servants, and his neighbors in his house, and read to them from the sacred Scriptures. The bookseller went to the house and recognized the owner of the estate as the stranger who had been introduced to the Bible that night by the camp fire. God had in His mercy and grace led that man to Jesus Christ, in whom he found the salvation and peace for which he had longed. Now he was being used to tell others the Good News of salvation.
“Acquaint now thyself with Him, and be at peace: thereby good shall come unto thee” (Job 22:21).