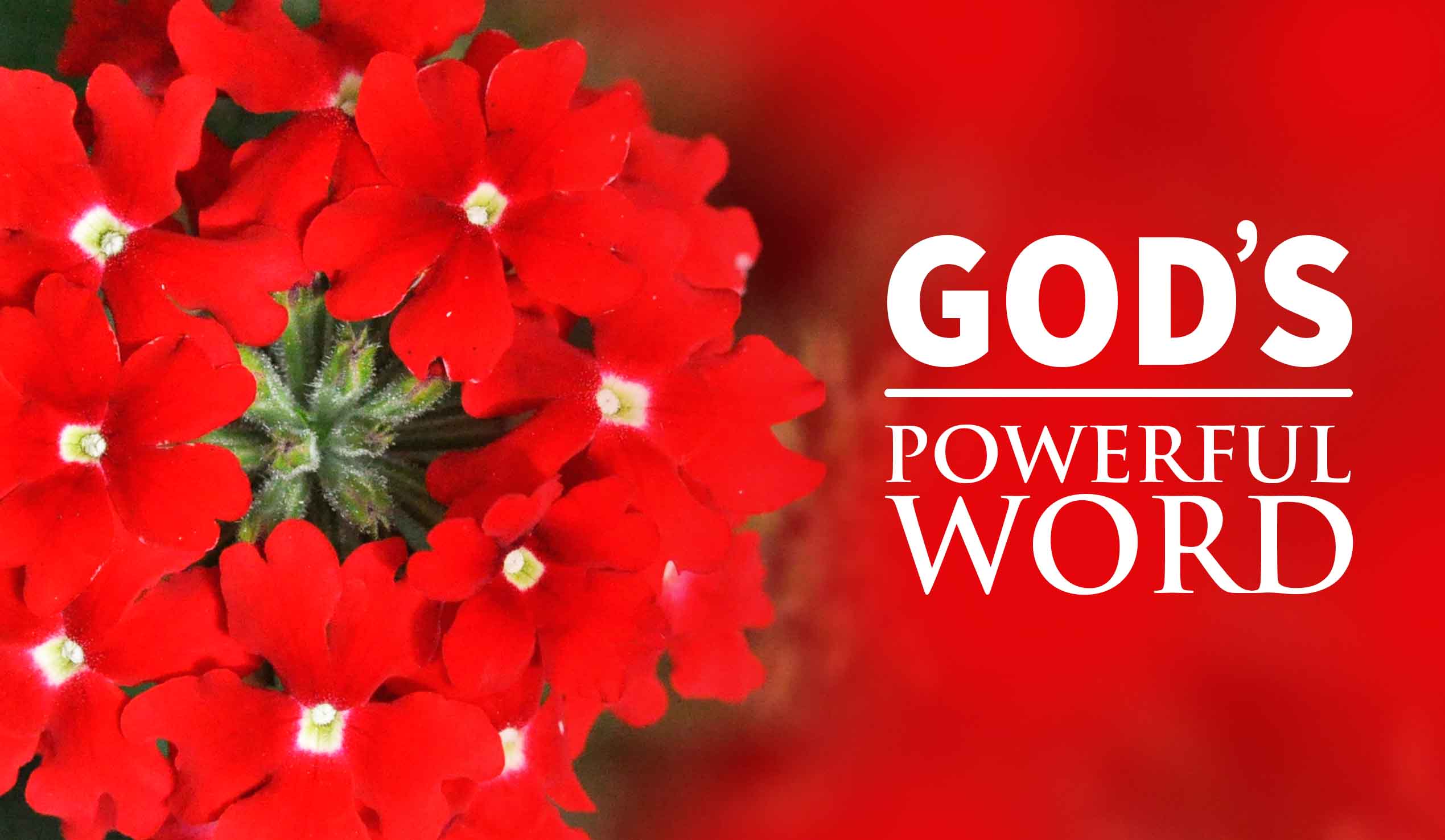 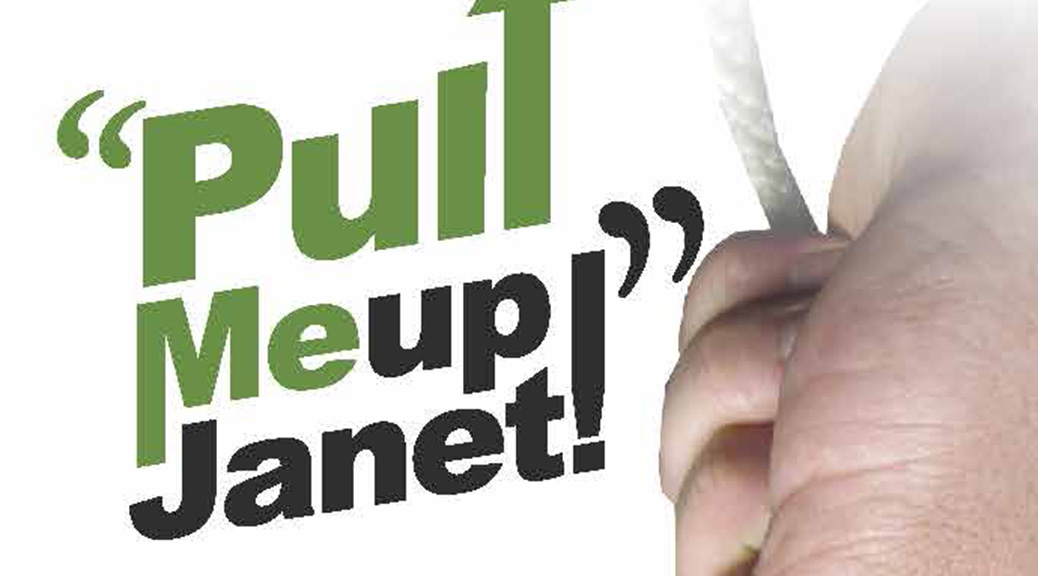 Pull Me Up Janet!
Janet had a “drinking problem.” Her neighbors knew it; her husband knew it. Janet herself knew it, but she just couldn’t overcome it.
One night as she wandered in the streets, disgusted with herself and miserably unhappy, she overheard a preacher speaking on John 3:16: “For God so loved the world, that He gave His only begotten Son, that whosoever believeth in Him should not perish, but have everlasting life.”
He was talking of the word “whosoever,” and was just telling the listeners that this word meant all, no matter how bad they were or how low they had fallen. He said that even if one were a slave to sinful habits, the word was still true. Even for the very chief of sinners, God’s love in this verse was for them.
Janet listened in amazement. Could a holy God love her? The Holy Spirit opened her eyes and heart, and she saw that “whosoever” meant even her. Janet accepted the Saviour of sinners and received God’s forgiveness that night. Rushing home to her sober, sensible husband, she exclaimed, “John, I am saved! John, I am saved!”
“What do you mean, Janet?” he asked.
“I mean, John, God loves me and I’m saved. His ‘whosoever’ means me!”
“No, no, Janet,” he replied. “You can’t be saved as easily as that, for it says in the Good Book that you must work out your own salvation.”
“Yes, John, that’s true, but you must get it first. I have got it, and I want you to get it as well as me.”
Janet’s talking was useless. John’s mind was set that nobody could be saved as easily as Janet had said-by just taking God at His word. What could Janet do? She began to live as a Christian, putting in a word now and then to her husband to see if he would respond. The answer was still the same: “You can’t be saved as easily as that. You must work out your own salvation.”
Weeks passed. Everybody saw that Janet was a changed woman. John, seeing the change in his wife, began to wish that he had the same peace and joy, but he wouldn’t give in.
One dark night John went out to get some water from the well. Missing his footing, he fell into the well. Immediately he shouted, “O God, save me! O God, save me!”
Hearing his cries, Janet and a friend rushed to the rescue. They lowered a rope down to John in the well. Eagerly he grabbed hold of it and shouted, “Pull me up, Janet!”
Janet called down: “Have you got a firm hold of it, John?”
“Yes, Janet; please pull me up!”
They began to pull. When John’s feet were out of the water, suddenly Janet let him fall back into the water. Coming up gasping and sputtering, he cried, “Janet, what are you doing? Do you want me to drown?”
“No, John, but I want to save you in your own way. I’ll pull you up part way and then you must get the rest of the way out by yourself. I want you to work out your own salvation before I save you.”
“I’ve been wrong, Janet. I can see now that I must be saved all at once. Pull me up, please.”
Immediately Janet, with the aid of the neighbor, pulled John up. From that hour John, too, was a changed man.
John had realized for a long time that he was a sinner, but he had refused to yield to the Saviour. His fall into the well made him cry to God and he gave up his stubbornness. Janet’s prayers were answered, though in a very unexpected way.
“For by grace are ye saved through faith; and that not of yourselves: it is the gift of God: not of works, lest any man should boast” (Ephesians 2:8-9). 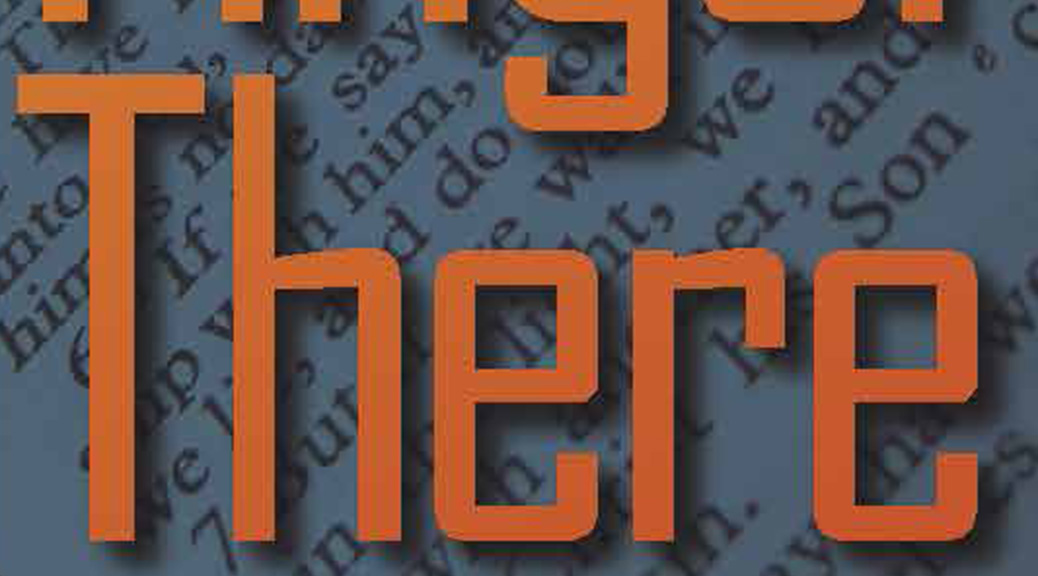 Put My Finger There
Feeble and blind, the old man in a nursing home knew his life was fast slipping away. One great worry tormented his mind: What can I do to be saved? Poor man, what could he do to be saved? He could only lie there and fret because of his helplessness.
He had a little granddaughter who often came in to read to him, and one day she brought her Bible. She started reading the first chapter of the first epistle of John. She came to the seventh verse: “And the blood of Jesus Christ His Son cleanseth us from all sin.”
The old man sat up and stopped the little girl, saying eagerly, “Is that there, my dear?”
“Yes, Grandpa.”
“Then read it to me again; I never heard the like before.”
The little girl read again: “The blood of Jesus Christ His Son cleanseth us from all sin.”
“You are quite sure that is really there?”
“Yes, quite sure!”
“Then take my hand and put my finger there, for I should like to feel it.”
So she took the old blind man’s hand and placed his bony finger on the verse. He said, “Now read it to me again.”
The little girl read softly, “The blood of Jesus Christ His Son cleanseth us from all sin.”
Again he asked anxiously, “You are quite sure that is there?”
“Yes, Grandpa; quite sure!”
“Then, if anyone should ask how I died, tell them I died in the faith of these words: ‘The blood of Jesus Christ His Son cleanseth us from all sin.’”
Peacefully, trustfully, the old man lay back on the pillow and, with his hand still on the wonderful verse he had just learned, he silently passed into the presence of Him whose blood “cleanseth us from all sin.”
Helpless, hopeless, unable to do anything to save himself, what relief it was to learn that the Lord Jesus had done it all for him.
It may seem to some that “that is all right for the poor old man; he couldn’t do anything else, but those who are strong and capable should work for their salvation should do something to earn it.”
Not so. Physical strength or mental ability has nothing to do with the salvation of a soul. The strongest and the wisest must come to the Lord Jesus Christ just as the old man did, simply believing in His work on the cross of Calvary and receiving all the benefit of that work. It was not “to as many as worked for it,” but “as many as received Him, to them gave He power to become the sons of God, even to them that believe on His name” (John 1:12).